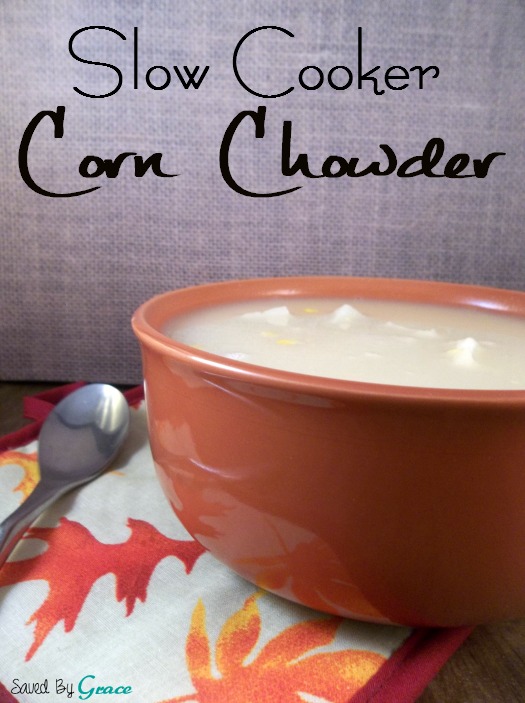 My slow cooker and I are pretty much besties. I use it about once a week but wish I used it more. There is something just so wonderful about putting all ingredients in, setting it and coming back to a cooked meal several hours later. It’s a busy and frugal mom’s best friend. So when Hamilton Beach asked me to review their Set & Forget® 6 Qt. Programmable Slow Cooker with Spoon/Lid I was ecstatic! This slow cooker features all the things I have always wanted a slow cooker to have such as a way to check the temperature of the food in the slow cooker without removing the lid (so much heat is lost this way!) with the probe that attaches to the slow cooker itself and pops right into the lid. I love that it comes with a spoon that attached to the lid as well as clamps that make it easy to transport my slow cooker to events. What more could you ask for?

I made Slow Cooker Corn Chowder with the Hamilton Beach Set & Forget® 6 Qt. Programmable Slow Cooker to give it a test run. The soup was amazing and perfect for fall as the weather starts to cool. I always get excited for this time of year as my husband calls it “soup season”. Apparently, I am a master chef when it comes to making soups and sauces. 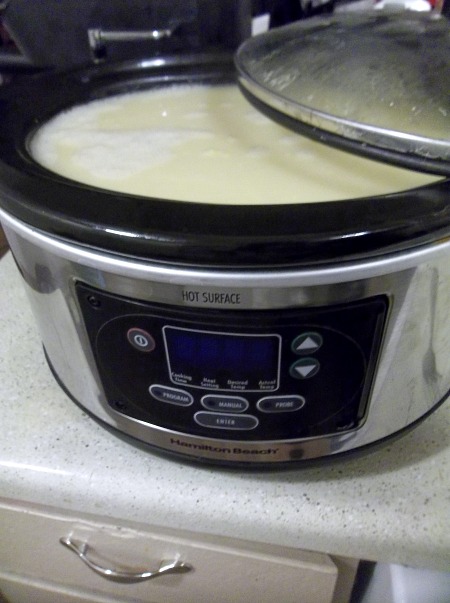 The Hamilton Beach Set & Forget® 6 Qt. Programmable Slow Cooker made it so easy to make this delicious soup and I promise you, it’s pretty much fool proof!

The only thing I don’t like about this slow cooker is the fact that it seemed a little confusing to use at first as there are 3 settings: Manual, Program and probe. When I tried to use the probe setting, I found it wouldn’t really work for soup since it only allows you to set it up to a desired temperature of 180 F. I needed to soup to kind of boil, so I was not able to just use that without watching it. I instead went with the manual setting and checked with my own thermometer through the probe hole in the lid. 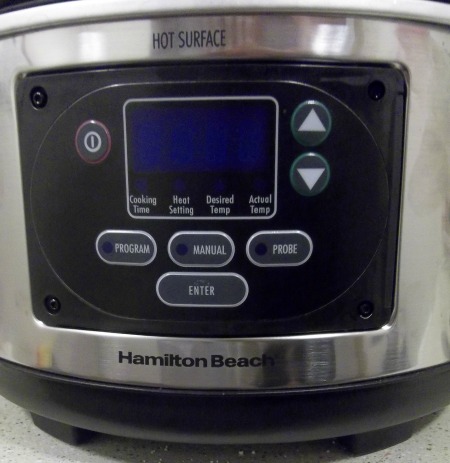 I hope you love this perfect for fall recipe, Slow Cooker Corn Chowder. And make sure you enter to WIN a Hamilton Beach Set & Forget® 6 Qt. Programmable Slow Cooker right below the recipe! 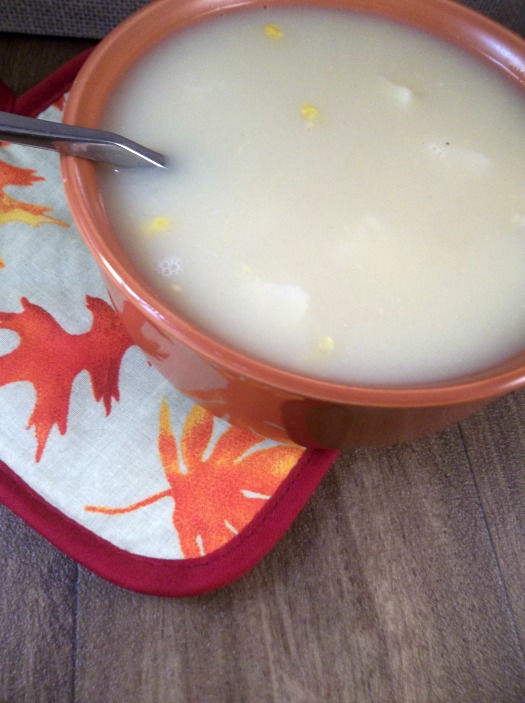 To enter to win the Hamilton Beach Set & Forget® 6 Qt. Programmable Slow Cooker, Enter on the widget below. Giveaway ends on Nov 1, 2013.

You must be 18+ with a street mailing address (no P.O. Boxes) and a US resident to enter.