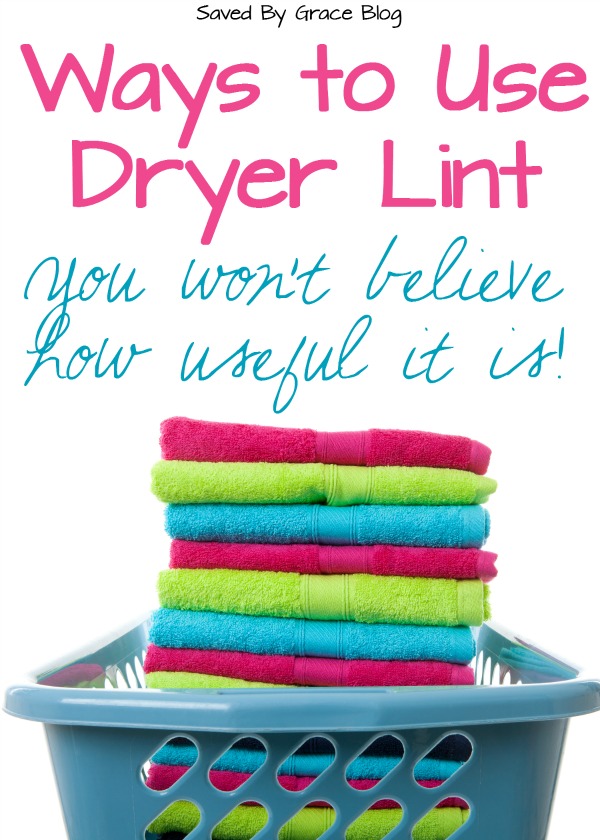 As someone who likes to live as frugally as possible and hates to throw things away, I have gotten creative over the years with some pretty strange things. I just believe that in order to lower our carbon footprint and maximize savings as well as lower consumerism, it is best to try to find at least 1 other use for most things we throw away (other then the obvious like TP!) I recently got a washer and dryer. I have gone my entire adult life without one at home other than a few roommates here and there that had one. This means i was lugging my laundry on a bi-weekly basis to the laundromat and it was not only tiring, but less conducive to keeping lint to see if I could do something with it.

It always made me feel bad throwing lint in the trash. I know it’s just something that is essentially a byproduct of drying our clothes, but it seemed like there was something more you could do with it. After hunting online, sure enough other people had devised ways to use lint in ways I hadn’t even imagined. Here are some of my favorite ways others used lint that will maybe inspire you to keep a stash of your own around for using up.

Ways to Use Dryer Lint

If you like bird watching, place some dryer lint out for the birds to use to make their nests. They like it even better if you have a pet and your lint contains fur.

You can compost lint and use it in your garden if you wear mostly cotton. The lint contains a good amount of “browns” (aka carbon and fiber) and is perfect to mix in once in a while.

According to this article from Premeditated Leftovers, dryer lint can be used in the garden directly to help your soil retain more moisture, too. Check out how she does it.

I use dryer lint in my indoor plants in a similar fashion. I don’t have a garden, really, since I have always lived in apartments, but I am an avid indoor plant grower. I place the lint in the bottom of the drainage area to help it stay moist longer for my plants that require more moisture.

Do Paper Mache with your kids with dryer lint. This post from Planet Pals makes it easy and who would have thought?

If you enjoy hand-sewing, make these funky necklaces with scrap fabric and dryer lint from Blah to Tada.

Do you have little critters? dryer lint works perfect for hamsters, guinea pigs and mice to make nests out of instead of spending all that money on nesting material, which let’s face it, is just fancy expensive dryer lint.

Make Fast drying clay for your craft projects or your kids with dryer lint. Here are the instructions for making dryer lint clay from eHow.

Do you use dryer lint for anything fun or interesting?