Going green should not even be optional in 2019, given the condition of the planet, but it still is unfortunately. If you have chosen to take the right path though, it’s a great step towards a better future and one that requires courage and sacrifice initially.

Now the question is, can K-Cups still be a part of that better future? The short answer would be yes, but you need to go through the following to understand what the problem is exactly, and where lies the solution to it.

What is the Prime Issue with K-Cups?
Unfortunately, K-Cups have had a very profound and adverse effect on the ecosystem, because of the fact that the plastic-filter combos are produced in massive amounts every single day in the United States, and cannot be recycled properly under normal circumstances. Eventually, they end up as landfill, which is just about as bad as things can get right now for the environment.

How Big is this Problem with the Environment?

To get an idea of how many of these are produced and used in the States each year, consider the fact that in 2014, only the sold number of the Keurig coffee pods alone (not produced, only sold) would have been sufficient to encircle the entire planet, ten and a half times over!
Ever since that statistic came out, it has been five years and no other data has been released about how many of the pods Keurig is sending out into the world. Given that business has only grown since, we would say that the numbers and the landfill estimates would be nothing short of scary.

Is There a Solution that Doesn’t Involve Abandoning Your Coffee Machine?

If there wasn’t another way, abandoning our Keurig coffee machines and coffee pods would be the only solution towards saving the planet from these abominations, but thankfully, there is a perfect solution to the problem.
Simply swap them out for biodegradable K Cups instead and none of the problems we just discussed would be applicable anymore. Yes, the solution is that simple, but more people need to be aware of the biodegradable coffee pod’s existence, in order for them to be adopted, instead of the potential landfill disasters.

How Biodegradable is Your Coffee Pod Really?

This is where you need to be careful, because there are unbranded, cheap pods available for the Keurig coffee machines out there, which will sell you inferior products that are not really biodegradable, taste awful, and may even damage your machine!

Gourmesso is the premier third-party producer of green coffee pods for the Keurig coffee machines, which are all one-hundred percent biodegradable and even compostable. Do understand that while we did mention that they are biodegradable, the composting tag the Glorybrew (by Gourmesso) K-Cups have, take them much beyond that, in terms of being environmentally friendly.

While industrial composting is the only certified process for composting right now, by the end of the process, the coffee pods break down and become actual, reusable soil in just eight weeks! There is no landfill created from Glorybrew coffee pods for Keurig machines at all, therefore, eliminating the environmental issues of the original K-Cups completely.

As you can see, we were serious when we said you can enjoy your K-Cups without harming the environment, or letting it come between your new, environmentally-friendly lifestyle. Just be careful with the brand you choose to buy the coffee pods from, because not every manufacturer is Gourmesso, and therefore, cheaper doesn’t always mean better, especially when it comes to the environment. 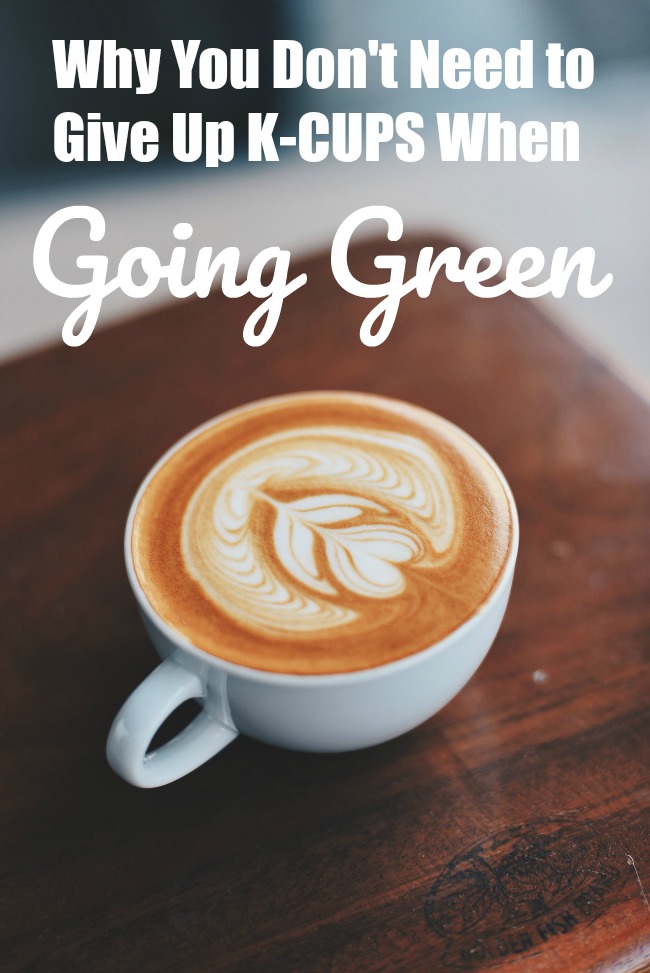